Is Chatting With Someone Online While In A Relationship Really Cheating?

Relationships are hard. There’s no other way of describing them. Sure, it’s amazing to have that special someone with whom you can talk for hours or say nothing at all, someone to cuddle up to at night, someone to love and miss.

But that doesn’t mean that it’s easy to sustain a healthy, long-term relationship. A true working partnership is never a walk in the park, especially today with all these awesome online dating sites popping up all over the place.

Romantic relations between people require a lot of work, love, and fun to be considered healthy and successful. There’s no specific timeframe or thing you have to do in order for your relationship to be considered a success.

If your ultimate goal is to get married and thinking how that will make your relationship a smash hit, you probably shouldn’t be getting married at all. There’s no “ultimate goal,” there’s no timeframe or level-cap in a healthy relationship. 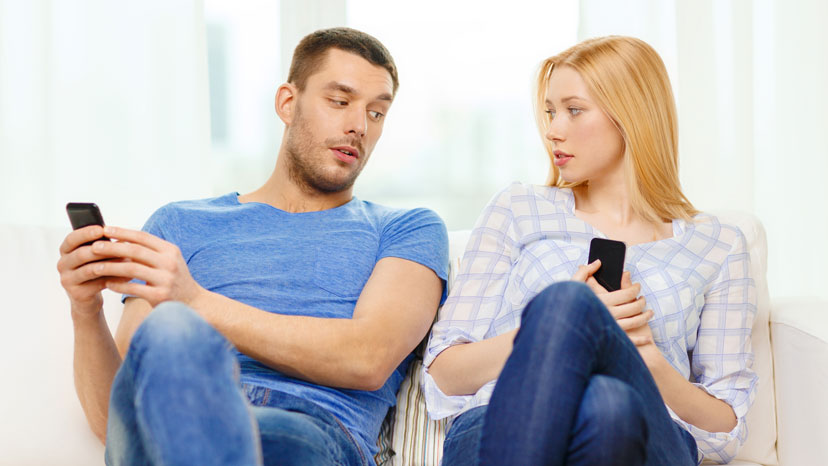 Relationships have rules. It sounds horrible in some way, but that’s the way it is. In order to not get dumped by the person you love because you’ve hurt them, you have to be aware of some things that you can or cannot do.

The whole thing sounds a bit cold, which is not something that should be affiliated with an emotion like love; but the strange thing is that it actually does the trick.

Of course, if you want to do something that you know you shouldn’t, you probably shouldn’t be in a relationship in the first place – at least not in a serious one.

Some of the many rules of an average relationship include the ban on physical and mental torture, lying, being a complete jerk to the person you love, and of course – cheating.

Cheating has always been a hot topic, and people have been arguing on what constitutes cheating since the first monogamous relationship. We’ve come a long way; however, we’re still debating on this sore subject.

With the omnipresence of the internet and all of its spheres, the act of cheating managed to evolve.

Cheaters Of The New Millennia

Online chatting is an extremely useful commodity of the new age, and everyone does it. Alas, it brought us something else along with that immense usefulness, something that has been breaking relationships up for decade now.

Questions which never existed before came to life: “Why are you looking at his/her profile?,” “Why did you like that photo?,” “Are you chatting with her/him?”

Online cheating is a real thing, and it happens more than you would think.

Latest studies show that most people who would never cheat on their partners “for real” have had online affairs in the past. Chatting with someone you shouldn’t be chatting with (according to your partner) is a heavy offense, however, what actually defines a “chat-cheating situation?”

Of course, not all chats are those chats. Sometimes people are really just catching up with an old friend, a college boyfriend/girlfriend, or un-romantically talking to someone. Not all people have only sex in mind when conversing with others – we know, we were surprised too. A cheating chat is a chat that has a specific, “this smells fishy” kind of atmosphere about it.

In some cases, it’s not so much about what’s been said as it’s about what hasn’t been said.

Of course, if someone in the conversation is bluntly sexting or professing their undying love, you don’t have to play Sherlock at all, do you?

As with all things in life, this also depends on several factors. In this case, it all comes down to the chat itself and the reasons behind it.

If there’s something that shouldn’t be there then – yes, it is cheating.

If it’s just a normal conversation that happened for whatever reason and then ended when the reason ceased to exist then – no, it’s not cheating.

We hope this was helpful… Do share your own experience with this issue.