7 Definite Signs She’s Just Not Into You

Online dating can be a tricky business.

With millions of users all over Canada, finding the one that is perfect for you is no picnic, and sometimes you’ll run into someone who’s just not into you.

Whatever the reason may be, you should not waste your time, and we’d like to help you identify the signs that she’s not that interested. 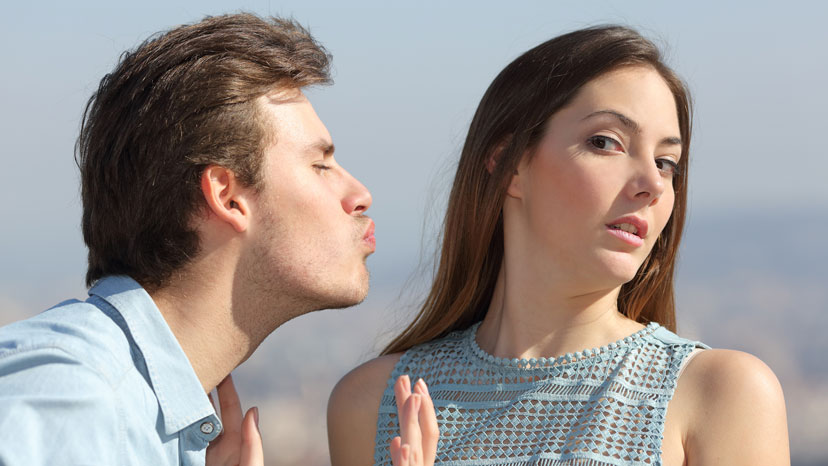 #1 She Doesn’t Return Your Calls

If you’re always the one who calls, and she never picks up the phone to call you that’s a definite sign you need to move on.

#2 She Doesn’t Want To Be Alone With You

If you like someone that you see relatively frequently but there are always other people around you can’t seem to get rid of, she probably doesn’t want to be alone with you.

Women have the power to constantly come up with excuses why they can’t meet you, such as:

If you see any of these one too many times just move on because there are plenty of other fish in the sea.

#3 She Cancels All The Time

When you finally think you’ve got her she goes and cancels your dinner plans. Once may be understandable, but anything more than that is a definite sign she’s not interested enough.

You can be absolutely sure she doesn’t want to hang out with you if she:

#4 She Explicitly Says She’s Seeing Someone Else

Things in the online dating world change pretty quickly, and just because she was available last week doesn’t mean she hasn’t met someone in the meantime.

If she tells you she’s met someone else, that’s not a sign. She’s being honest and doesn’t want you to waste your time, so just accept that and move on.

Do not tell her:

#5 She Says She Wants To Be Friends

Count your blessings when you get a straight answer from a girl even if it’s not what you hoped to hear. The reasons why she tells you she just wants to be friends can include:

In any case, respect her decision and decide whether you can be just friends without hidden motives.

#6 She Doesn’t Talk Much

When you get a chance to talk to her she doesn’t say much and just gives you one-word answers, such as:

That means she’s not into you, but doesn’t know how to tell you or is just hoping you’d stop bugging her.

Maybe it’s not that easy to put a finger on the problem, but your gut feeling tells you something’s not right.

In other words, there’s no:

When a woman wants you she makes it clearer than you think, and unless you’re getting that vibe from her just walk away.